We Could Not Have Made A Better Choice 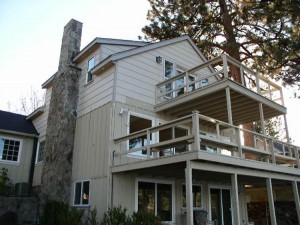 Anyone looking for an outstanding general contractor in central Oregon need look no further than Tom Pryor of Cascade Property Development.  We chose Tom to do a remodel of our home in Sisters after one of our neighbors highly recommended him.  We could not have made a better choice, and are absolutely delighted with the end result.

We anticipated our remodel would take a minimum of six months to complete; Tom finished it in four, and every aspect of his work was of the highest quality, from his selection and close monitoring of subcontractors to his own meticulous work.

Tom’s end product was superb in every respect, but it was his many other attributes that made him so exceptional in his field.  For example, he listened attentively, to what we wanted and didn’t want, asked clarifying questions, took notes, and complied with every one of our requests precisely as we asked.  As the remodel progressed, he also made suggestions and recommendations, all of which exhibited both his vast knowledge of the industry as well as his excellent sense of design.  For example, we indicated we were considering installation of multiple exterior awnings to alleviate the heat from the south-facing part of our home, but were concerned that the awnings would detract from the simple lines of the Santa Fe style.  Tom suggested that we instead consider tinting the south windows to cut down on the heat and glare.  We followed his suggestion and are very happy with the result.

Additionally, he was very responsible and timely with his work.  Whenever or however he said something would be done, it either was done or else he contacted us to explain why it was not and when or how we could expect it.  Anyone who has had experience with building or remodeling a home understands how important (and rare) an attribute this is.

Further, his selection and management of subcontractors could not have been better; indeed, each of them mirrored Tom’s own work ethic, sense of responsibility and insistence on the highest quality of work product, and were also very timely with their own work, particularly with Tom’s subtle encouragement.

In addition to his many fine professional attributes, Tom is also extremely personable. He is someone who values his relationships and will make the extra effort to assure his clients are completely satisfied.  This was borne out not only in our personal dealings with Tom, but in our discussions with the subcontractors, all of whom were pleased to be working with Tom and who considered him a personal friend as well.

We give Tom our very highest recommendation, and would be pleased to provide additional information with respect to his work, if requested.