We have been experiencing a more than normal amount of severe winter weather, with more than the normal snowfall amounts and extremely cold temperatures that stay well below freezing even during the day. Even in a normal winter the possibility of the formation of ice dams and subsequent ice dam damage is possible. It’s important for homeowners to understand that the effects of winter weather, especially as described above, create the need for homeowners to implement winter maintenance action.

Ice dams typically form at the edges of a roof or above the heated wall line when some amount of snow is deposited on a roof, and the temperature stays at or near freezing. Snow melts on the roof surface and flows down to the edge of the roof, as the water gets to the portion of the roof over the unheated space below it freezes. As each cold day goes by more ice is formed creating an ice dam. Snow and ice can then melt under the ice dam and eventually work its way under roofing or siding and infiltrate into the home creating water damage. Damage can occur even with current construction methods. Damage is typically not caused by defective construction, but by lack of homeowner maintenance.

Often, in a well-insulated home, the ice dam cannot even be seen. Other times icicles are formed as a visible sign of the presence of ice damming, or the leading edge of the ice is visible. Whether ice is visible or not a homeowner should be aware when weather conditions are present that can form ice dams and take appropriate action. At the least the snow from the first few feet of the roof edge should be removed, carefully, so as not to damage the roofing. Removing snow a few feet beyond the heated wall line will allow any snow-melt to evaporate before it reaches the “cold” roof eve where ice damming typically forms. If need-be the whole roof can be cleared of snow (see blog on snow-loading). In most cases when a homeowner hires someone to do this maintenance work it’s best to hire a roofer as they are not only set-up to safely work on roofs, but they should be the trade that does not damage the roofing. If ice damming is severe then the ice dam itself should be removed.

About The Builder – Tom Pryor 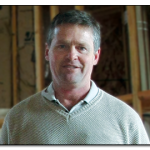 T he best reasons to choose Cascade Custom Homes are those that are told by former clients, as they give the best indication of what you can expect when having your home built. Past clients consistently use the same terms of honest, integrity, exceptional communication, prompt, flexible, trustworthy, professional, organized, and patient in their testimonials. We go about building your home as if we were building our own. Idea’s we suggest will be focused on providing value and enhancing your lifestyle. We take the job of being the steward of you project very seriously. We consider the pillars of integrity, quality, value, and service in all we do. It’s always best to deal in facts, and our history of completing projects on-time and on budget speaks for itself. Through-out the process your contact will be with the owner, Tom Pryor.